Southern Co-op is a major food retail and funeral care co-operative. They operate across 11 counties in the South of England and have over 127,000 members.

In 2020, Southern Co-op’s “Annual General Meeting and Special General Meeting” was moved online due to the COVID-19 pandemic. Typically, the meeting would take place in-person at the Co-op’s head offices in Portsmouth. But naturally, that couldn’t happen with the UK’s coronavirus lockdown measures at the time.

What is an AGM and SGM?

If you’re not familiar, an AGM is an annual meeting where an organisation updates its members on company matters. It provides information about the company’s finances, their growth plans, and other corporate affairs. As part of the AGM, members can cast votes to approve changes to the organisation.

Equally, an SGM is the same as an AGM. The only difference is that an SGM doesn’t need to happen annually.

For organisations like Southern Co-op, these meetings are very important. Not only are they a chance to share information, but the company could get in trouble if they don’t host the meetings properly. With 146 successful AGMs under their belts, Southern Co-op were understandably concerned about getting this one right too. (Especially with such a big change to the format.)

The event, which ran for 90 minutes, was produced and streamed by the team at Southpoint Films on behalf of Taylor Made Computer Solutions. Because Southern Co-op had never held an AGM this way before, we were approached to provide a complete virtual event solution.

To tackle this project, we provided four cameras, live streaming equipment and a team of five video production professionals. We also provided live teleprompter and helped with the planning of the event. This included helping with finding the location, helping with the running order and editing pre-recorded videos.

In addition, ahead of the big day, we held several run-throughs and rehearsals with the Southern Co-op team. These let us test key event features including live polls and Q&As, which were essential for the AGM.

To showcase the broadcast, Taylor Made Computer Solutions built the Co-op a custom viewing portal. The portal controlled access to the stream and made sure only valid members could vote in the AGM.

Overall the event was a huge success. With many weeks of planning, rehearsing and of course the event itself, the Co-op were able to successfully hold their AGM and SGM in 2020. All of our crew worked within COVID safe guidelines, and our work enabled the Co-op’s members to be informed and have their say without putting themselves at risk. 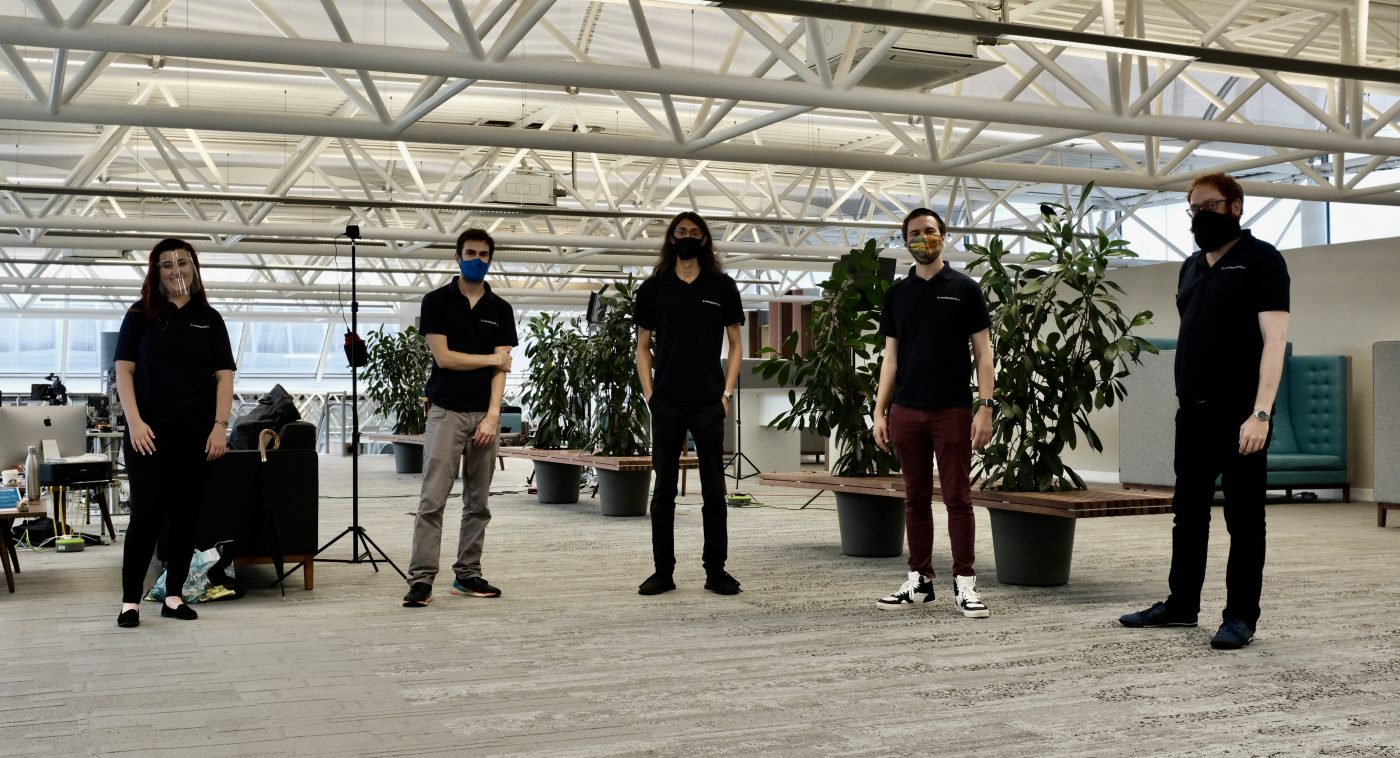 How we’ve been an ideal trade partner for Fonix, providing camera crews for major events that have have hired their LED screens