Our reflection at the Video For Business Conference 2015

PMI Synergy 2014 is an annual conference held at Central Hall Westminster, London. It’s organised by the Project Management Institute of the United Kingdom (PMI UK), and we’ve filmed it for many years on behalf of our client The PM Channel. (The PM Channel is owned an operated by Provek, a project management training provider.)

Traditionally, covering this event involves filming the presentations on the day and editing them afterwards. (A fairly standard workflow!) However, in 2014 – and for the first time – The PM Channel offered to stream the event live online.

This allowed remote viewers to watch the event in real-time. For example, this allowed members of other PMI chapters around the world to tune in; giving them the ability to part in the event without the cost of flights, accommodation, and taking time off work.

Southpoint Films has been The PM Channel’s video production parter since the channel’s inception. So it was our job to handle all of the technical aspects of the stream. We were also responsible for providing an online streaming solution that integrated with The PM Channel’s website.

This process started with several pilot productions in the months prior to the PMI Synergy event. These pilots would test the technical and administrative aspects of the streaming service.

Throughout the summer of 2014, we streamed a number of smaller evening events hosted by PMI UK. This was to make sure that both The PM Channel’s customers and PMI UK’s membership could access the content through their respective online channels.

The pilot process also gave PMI UK confidence in The PM Channel’s streaming ability. They were initially unsure whether The PM Channel could successfully broadcast high definition video online – a rather challenging technical accomplishment in 2014. The last thing they wanted was for their headline annual even to suffer from technical issues.

The good news was that these tests were successful as we were able to stream high quality video online.

During the pilot process we also developed a custom webpage for live streaming through The PM Channel. This contained a HTML5 live video player, a full agenda for the event, and an auto-updating Twitter widget. The Twitter widget was for keeping on top of tweets from attendees who were using the event hashtag. It also included tweets from The PM Channel, who could use it for sharing updates about the stream itself.

Our streaming webpage was hosted on The PM Channel’s website and was almost indistinguishable from their other webpages. 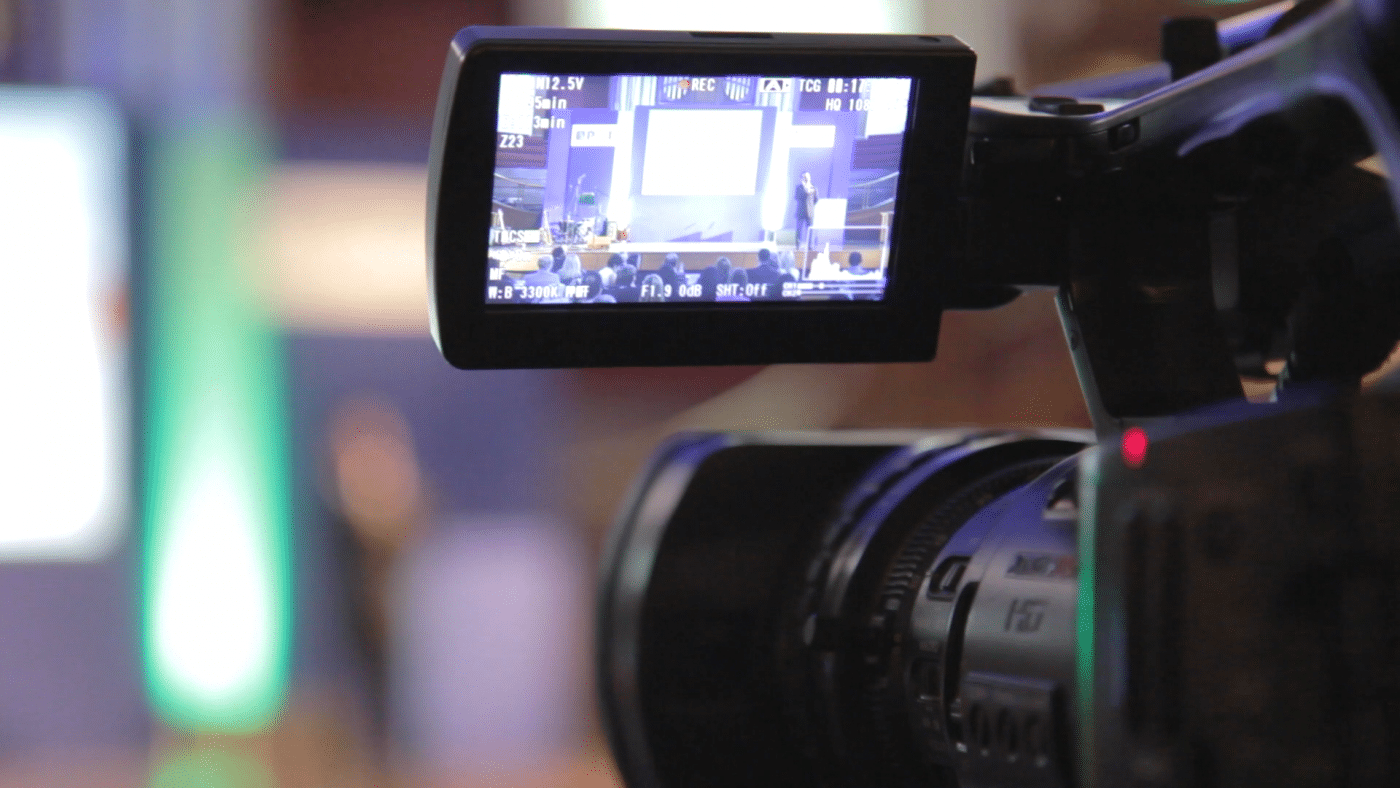 After a successful series of pilot broadcasts, it was time to provide coverage of the main event.

On the day, we supplied two cameras. One of the cameras was manned and followed the action on stage. The other camera was unmanned and was used for capturing a wide-angle view of the entire event.

We also provided a technical operator to “vision mix” the cameras and manage the live stream. We also had a production assistant to provide event updates through The PM Channel’s Twitter account and to capture behind the scenes content.

With this setup we were able to successfully stream in HD for the full eight hours of the event with no disruptions, providing an excellent real-time viewing experience that both The PM Channel and PMI UK were incredibly happy with.

Take a look at our Live Streaming services for information on booking this service for your event.

An excerpt from a presentation at PMI Synergy in Westminster, London. It shows how presentation slides can be integrated with video.

A brief excerpt from a series of training videos for Provek

An interview we filmed with two cameras for The PM Channel, a paid-for video channel for project managers